Multi-platinum-selling, Grammy, and Golden Globe nominated singer-songwriter Wiz Khalifa came onto the scene with his mainstream popularity following the release of his debut major label album ROLLING PAPERS, in 2011. ROLLING PAPERS spawned the massively popular hits "Black and Yellow," "Roll Up," and "No Sleep" and gave Wiz the chance to be awarded the prize to be named "Best New Artist" at the 2011 BET Awards and "Top New Artist" at the 2012 Billboard Music Awards.

In a follow-up to ROLLING PAPERS, Wiz released O.N.I.F.C. in the year 2012. The album featured songs "Work Hard, Play Hard" as well as "Remember You" featuring The Weeknd.

The third studio album he released during 2014 BLACC HOLLYWOOD debuted number one on the Billboard Top 200 album chart and included the hit track "We DemBoyz." After that, the track, "See You Again," from his FURIOUS Seven soundtrack soared into the top spot on the charts in 95 countries. The track remained at the top for 12 weeks consecutively, "See You Again" set records as Spotify's most-streamed song in one day across the United States and in a single week across 26 countries. It also won 2 Billboard Music Awards in the categories "Top Hot 100 Song" and "Top Rap Song," which earned 3 Grammy Award nominations in the categories "Song of the Year," "Best Pop Duo/Group Performance," and "Best Song Written for Visual Media," as well as a Golden Globe nomination in the category "Best Original Song - Motion Picture." 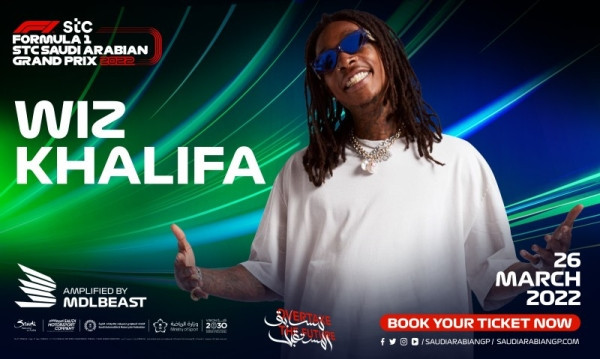 His most recent studio album ROLLING PAPERS 2 which has been gold-certified, came out in July 2018.

Wiz Khalifa will be on the same stage as the world's biggest DJ Axwell who will be a part of the Saturday night post-Qualifying show lineup was confirmed earlier by SMC earlier.