Jawazat response on the possibility of extending Expired Re-Entry visas

Urdu Hut
Admin
posted on 1 year ago — updated on 1 week ago
1,038
views
Saudi Iqama
Jawazat response on the possibility of extending Expired Re-Entry visas for those who stranded abroad 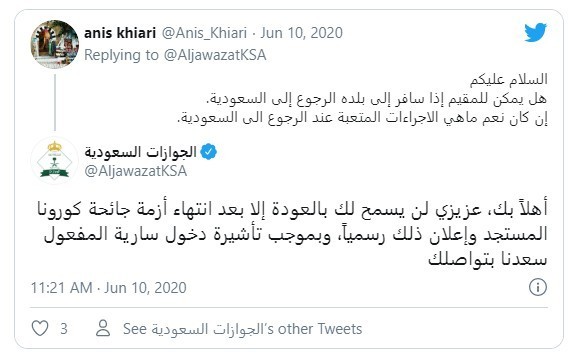 The Jawazat said, on its Twitter, that if the beneficiary is outside the Kingdom, the resumption of the exit and return visa extension mechanism will be announced after the end of the new Corona pandemic crisis, noting that when new decisions or instructions are issued, they will be announced through official channels.

The date for the return of residents to Saudi Arabia, Where Jawazat indicated that return will not be allowed until after the end of outbreak of the recent Corona pandemic crisis and this is officially announced. 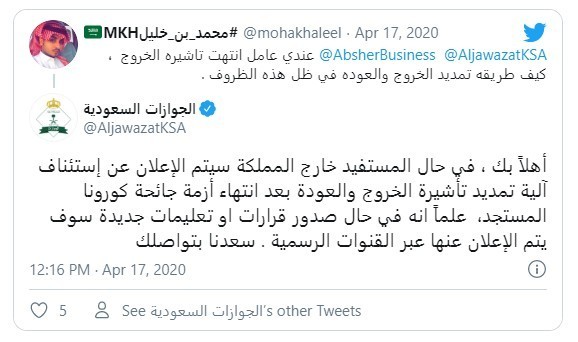