Abid Latif
Admin
posted on 1 year ago — updated on 1 second ago
44
views
The General Directorate of Passports (Jawazat) announced on Tuesday that expatriate residents abroad will not be permitted to return to the Kingdom until the end of the Covid-19 pandemic. 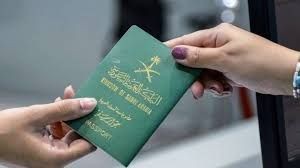 Jawazat : No entry for expat residents until coronavirus ends

In a series of tweets, the passport authority said: “No entry for expat residents until the end of the pandemic. You will not be allowed to return till the end of the coronavirus pandemic crisis, and the decision on return will be announced officially, and under a valid entry visa.”

“In case a resident is outside the kingdom, the mechanism for extending the exit and return visa will be announced through official channels after the end of the coronavirus pandemic crisis,” the authority reported.

The authority also said it would announce new decisions and instructions through its official channels.