Urdu Hut
Admin
posted on 1 week ago — updated on 4 days ago
69
views
Arab News
Saudi Arabia reported a significant drop in the number of daily coronavirus cases on Sunday. 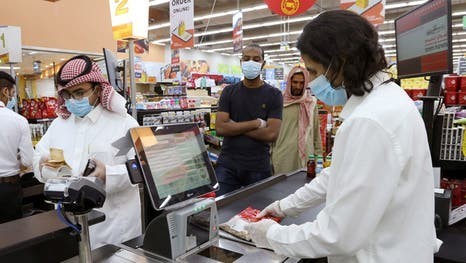 Saudi Arabia reported a significant drop in the number of daily coronavirus cases on Sunday. It recorded 1,968 new infections, bringing the total number of confirmed cases in the Kingdom to 266,941, the ministry of health announced on Sunday. There were 2,201 infections recorded on Saturday.

Thirty people died due to complications caused by COVID-19, which raises the virus-related death toll in the Kingdom to 2,733, health ministry spokesman Dr. Muhammad Al-Abdel Ali was quoted by Saudi Press Agency (SPA) as saying.

The total recoveries in the Kingdom rose to 220,323 after 2,541 people recovered from the virus during the past 24 hours, the spokesman said.

Hufof reported the highest number of cases with 208 new infections. It was followed by Taif with 195 cases. There were 126 new infections in Riyadh, 109 in Makkah, 90 in Hafr Al-Batin, 80 in Mobarraz, 77 in Buraidah, 64 in Dammam, 59 in Madinah, 58 in Unaizah, and 41 in Jeddah. The other new infections were detected in cities and provinces across the country, Dr. Al-Abdel Ali said.