Saudi arrested for calling himself the Ablees

Urdu Hut
Admin
posted on 1 year ago — updated on 1 week ago
1,385
views
Arab News
One of the famous Arabic proverbs is 'Oppose to contradiction'. Which means (Ultimate talk will become famous). This saying goes on about a Saudi youth who declared himself an 'Iblis' for advertising.

He made a video of himself doing a weird make-up on Tuck Talk in which he is portraying himself as an evil. Security forces find and arrest a young man called Iblis.

According to the main website, the video of a local youth on TikTalk went viral and people started talking about it as if a riot occurred. The first reason for the riot was that a Saudi youth described himself as a devil in the world of senses.

Besides, he made all this work open. In this, it created an environment of challenge for the entire society. His video went viral on social media.

He captioned the caption below the photo as' The devil is awake. Security forces find and arrest a young man called Iblis. 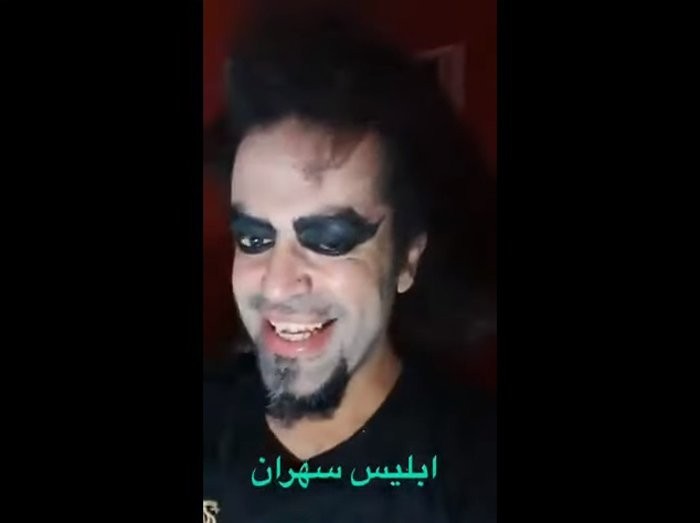