Can goods imported from China be virus infected?

Abid Latif
Admin
posted on 2 years ago — updated on 1 second ago
99
views
The outbreak of the infectious disease 'Karuna' in the Chinese city of Wuhan has engulfed the entire world. So far, 170 deaths have been recorded in China, with tens of thousands of victims.

Traders and consumers have also been found to be very worried about goods imported from China in Saudi Arabia over the Corona pandemic virus.

In this regard, the Ministry of Health issued a clarification on its Twitter account, saying that "goods imported from China are not likely to transmit the Krona virus

". It has been explained that the Kurona virus cannot be transmitted through the trade of goods imported from China. '

The ministry said that all border posts and ports have been alerted to the health authorities to prevent the virus, while taking precautionary measures to impose permanent duty on emergency medical personnel, especially from China and other countries. They also inspect commuters.

It is to be noted that guidelines have been issued in all government and private hospitals in Saudi Arabia for the prevention of the Karuna virus. Be notified in the Health Control Room. 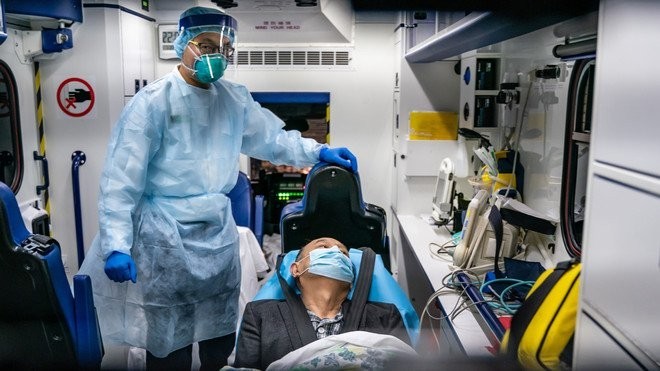 According to reports, the outbreak of the virus in China has reached 19 countries in the world so far. According to the Arabic Web News 'Lesson' report, a patient infected with the 'Corona' virus has been confirmed in India and the Philippines as well.