Abid Latif
Admin
posted on 2 years ago — updated on 1 second ago
289
views
Due to incessant rains in the UAE, flights to Dubai can be affected.

Dubai Media Center said in its account on Twitter that "some flights to Dubai airport are likely to be affected due to rains in the country".

The media center has said that in the next 24 hours, it is likely that some flights will be canceled, some delayed while some will be flown to other airports. 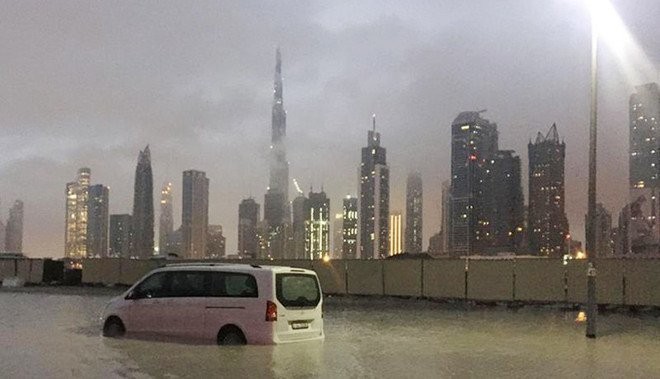 "We are doing our best to provide the best possible service to our participants," the media center said.

Meanwhile, Fly Dubai has issued a statement saying that "bad weather has affected our flights today".

The airline has said that "certain flights have been delayed while some have been flown to other airports in the country".

It is to be noted that after the torrential rains in the United Arab Emirates, water was poured on the roads, causing traffic flow. The public has been barred from leaving unnecessary exit on Dubai's highways.