Saudi Arabia announces 120 billion riyals worth of measures to

Urdu Hut
Admin
posted on 2 weeks ago
86
views
Arab News Arab News
DUBAI: Saudi Arabia announced a 120-billion Saudi riyal worth of initiatives to implement urgent measures to mitigate the impact of coronavirus on the Kingdom’s economic activities, including the private sector.

“The government is moving decisively to address the unprecedented effects and consequences of the coronavirus global pandemic crisis, and is taking immediate measures to ensure the safety of its citizens and residents, and to address its fiscal, financial and economic impact, Mohammed bin Abdullah Al-Jadaan, the Minister of Finance and acting Minister of Economy and Planning, said in a statement.

The set of initiatives would particularly support the private sector, especially small and medium enterprises and economic activities most affected by the virus.

“The government has taken precautionary and strong measures to protect citizens and residents in the Kingdom, and to ensure the availability of immediate financial resources which will guarantee that all direct preventive measures to limit the spread of the virus and address this pandemic crisis' consequences, as well as protect government facilities and agencies and ensure the continuity of their work,” Al-Jadaan said.

The financial stimulus package of these initiatives reaches more than 70bn riyals, which consists of exemptions and postponement of some government dues to provide liquidity to the private sector thereby enabling them to manage continuity of their economic activities, Al-Jadaan added.

In addition, the Saudi Arabian Monetary Authority has announced a package of 50bn riyals, to support the banking sector, financial institutions and SMEs.

The announcement also allowed business owners, for a period of three months, to postpone the payment of value-added tax, excise tax, income tax, and the submission of Zakat declarations and the payment of obligations due therefrom.

The decision also allowed to grant zakat certificates without restrictions for the period of fiscal year 2019, and to accept instalment requests to the General Authority of Zakat and Income Tax without applying the condition of advance payment.

In addition, the execution of services suspension procedures and financial seizure by the General Authority of Zakat and Income was postponed, and setting the necessary criteria to extend the postponement period for the most affected activities as needed. 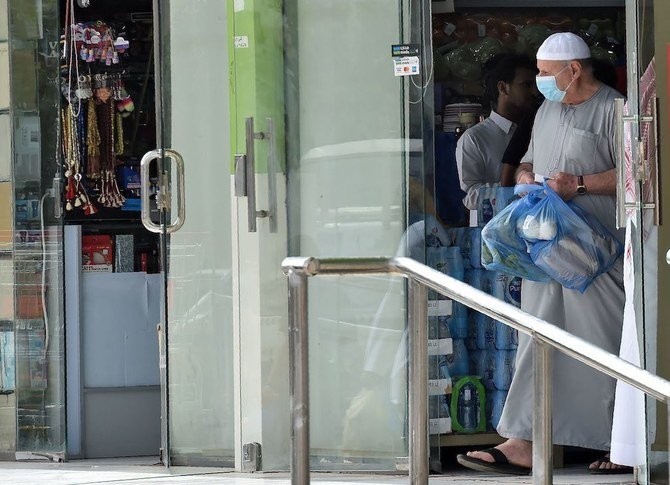 The Saudi government was also postponing the collection of customs duties on imports for a period of thirty days against the submission of a bank guarantee, for the next three months and setting the necessary criteria for extending the postponement period for the most affected activities as needed.

Likewise, the payment of some government services fees and municipal fees due on private sector was postponed for a period of three months, as well as setting the necessary criteria to extend the postponement period for the most affected activities as needed.

The Minister of Finance was also authorized to approve lending and other forms of financing as well as exemption from payment of fees and returns on loans granted until the end of 2020, under the Corporate Sustainability Program initiative.

DUBAI: Saudi Arabia's King Faisal Specialist Hospital & Research Center in Riyadh has reported that one of its staff was tested positive for coronavirus on Thursday.

The patient had been in contact with a domestic worker who arrived a week ago from a coronavirus unnamed hotspot country.

The hospital said the patient was in stable condition and medical check-ups are ongoing to all the people she had been in contact with. All the results are negative until this moment, the hospital added.

The hospital also said the patient was among the cases reported by the health ministry in its official statement on Thursday.