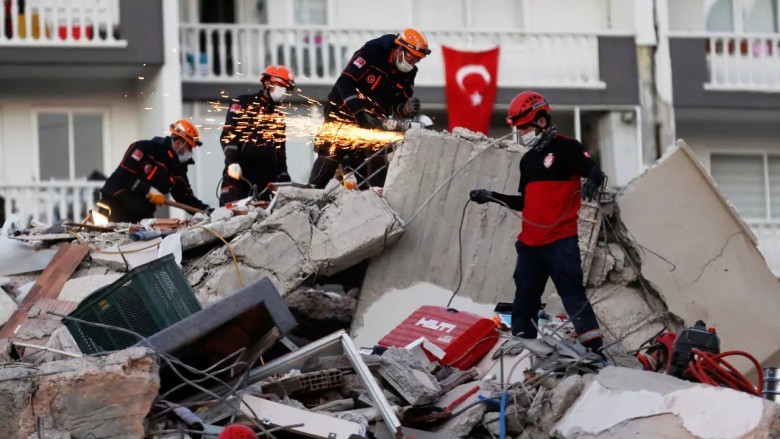 Rescue workers in western Turkish city of Izmir searched through rubble for survivors on Saturday after a powerful earthquake hit the Aegean Sea on Friday, as the death toll rose to 27.

Officials said 25 people were killed in coastal areas in Turkey’s west, while two teenagers — a boy and a girl — died on the Greek island of Samos after a wall collapsed on them.

Read More : How To Check Traffic violations ( Mukhalfa ) through Absher in Saudi Arabia

Television images and videos showed delicate work to rescue people from under the rubble. In central Izmir, rescuers were seeking to save a mother and her four children from the remains of a building.

At least 804 people were injured in Turkey, the country’s disaster agency said. The area had been hit by some 470 aftershocks it said.