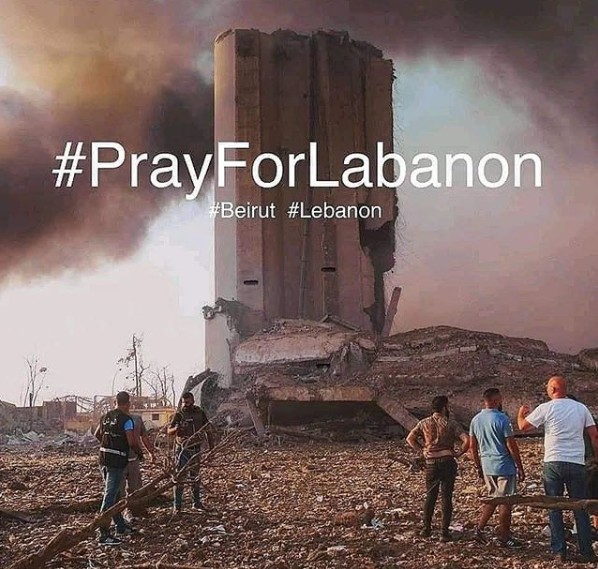 A huge blast at Beirut port that devastated entire neighborhoods of the city has killed more than 100 people and injured over 4,000, the Lebanese Red Cross said Wednesday.

“Until now over 4,000 people have been injured and over 100 have lost their lives. Our teams are still conducting search and rescue operations in the surrounding areas,” the Red Cross statement said.

The Director General of the Lebanese Customs, Badri Daher, announced that nitrate is the main cause of the huge explosion that hit Beirut Port today. Which resulted in major injuries of hundreds of people, many feared dead and material damage, shattering glasses and buildings miles away from the location and Lebanese media said, preliminary information indicates that it was caused by firecrackers.

The Lebanese Minister of Health, Hamad Hassan, confirmed that there are a large number of injuries, and he instructed hospitals to receive the injured at the expenses of the Ministry of Health. - He heard loud explosions in the place, which explode in the capital Beirut and the suburbs. Images from the city shows cars, ambulances, military vehicles packed with the walking injured while some unable to move.