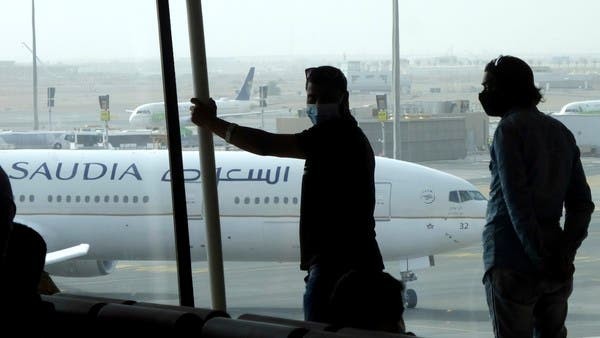 Saudi Arabia has suspended all international commercial flights for a week amid reports of the appearance of a new mutated strain of coronavirus in a number of European countries, the Saudi Press Agency reported late Sunday citing an official source at the Interior Ministry.

The Kingdom has also decided to close its land as sea borders.

The suspension of international travel except for emergency cases, which is part of the precautionary measures seeking to ensure the health and safety of citizens, can be extended by one more week, according to the source.

The decisions, which have been taken as precautionary measures, are the following:

1. Temporary suspension of all commercial international flights for travelers, except in emergency cases, for a week, which can be extended for another week. However, the foreign flights that are currently in the Kingdom are allowed to leave.

2. Suspension of the entry to the Kingdom through land and seaports temporarily for a period of one week and it can be extended for another week.

3. Everyone, who has returned from one of the European countries or any country where the new strain has appeared after Dec. 8, 2020, must adhere to the following:

A. Self-isolate for a period of two weeks from the date of his arrival in the Kingdom.

B. Undergo coronavirus tests during his isolation period after every five days.

C. Anyone, who has returned from or passed through a European country or any country where the new strain of COVID-19 appeared over the past three months, must take a coronavirus test.

The measures will be reviewed in the light of the developments related to the pandemic based on the assessment of the Ministry of Health, according to the source.